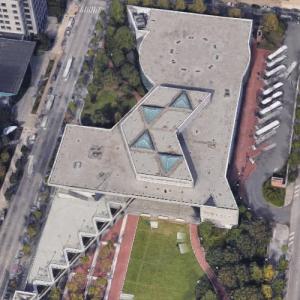 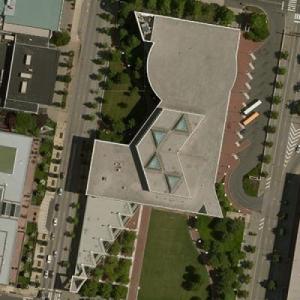 By AlbinoFlea @ 2005-10-29 19:47:10
@ 39.95391675, -75.14893815
Philadelphia, Pennsylvania (PA), US
The National Constitution Center is an independent, non-partisan, and non-profit organization dedicated to increasing public understanding of, and appreciation for, the Constitution, its history, and its contemporary relevance, through an interactive, interpretive facility within Independence National Historical Park and a program of national outreach, so that We the People may better secure the Blessings of Liberty to ourselves and our Posterity.

On September 17, 2000, 213 years to the day the U.S. Constitution was signed, the National Constitution Center broke ground. President Bill Clinton presided over the official groundbreaking ceremonies, which included the naturalization of 75 new American citizens and the announcement of a $10 million gift from the Annenberg Foundation. In honor of the gift, the interactive outreach wing of the Center is named the Annenberg Center for Education and Outreach.
Links: constitutioncenter.org
692 views