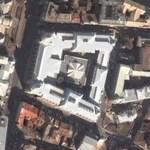 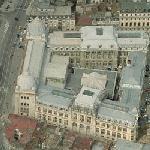 By DonMartini @ 2007-04-12 03:52:33
@ 44.431409, 26.097658
Bucharest, Romania (RO)
The National Museum of Romanian History is a museum on Calea Victoriei in Bucharest, Romania, which contains Romanian historical artifacts from prehistoric times up to modern times. The permanent displays include a plaster cast of the entirety of Trajan's Column as well as the Romanian Crown Jewels. It is located inside the former Postal Services Palace, which also houses a philatelic museum.
Links: en.wikipedia.org
610 views