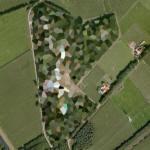 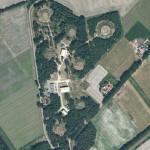 By bubaonline @ 2008-10-06 10:37:29
@ 52.201736, 6.505004
Markelo, Netherlands (NL)
The Central European Pipeline System (CEPS) is the largest of the NATO Pipeline systems and is used by eight host country or user nations (Belgium, Canada, France, Germany, Luxembourg, the Netherlands, the United Kingdom and the United States).
The pipeline station, Markelo is censored in Google Maps /Earth but not in Microsoft Live Maps were you can see the underground tank farm.
Links: de.wikipedia.org
5,576 views