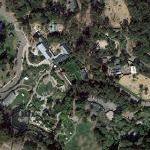 By kjfitz @ 2011-02-25 08:29:49
@ 37.750668, -122.146425
Oakland, California (CA), US
Oakland Zoo, in the past known as the Knowland Zoo, is a 100-acre zoo located in southeastern Oakland, California, United States. Oakland Zoo is relatively small for a city of its size, but it contains modern exhibits. Most of its animals are kept in relatively "natural" habitats, and expanded natural habitats are planned. The Wayne and Gladys Valley Children's Zoo which opened in 2005 is a good example of where the zoo is headed, with interactive exhibits, state of the art animal housing facilities and children's play areas. The Zoo is nationally known for its excellent elephant exhibit and has been praised for allowing their elephants to roam freely.
Links: en.wikipedia.org
1,438 views