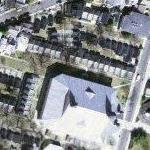 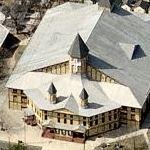 By kjfitz @ 2006-02-05 16:03:54
@ 40.214371, -74.006873
Ocean Grove, New Jersey (NJ), US
According to the Ocean Grove Historical Society, Ocean Grove was founded in 1869 as a Christian camp meeting community. Over the years many famous people enjoyed summers in Ocean Grove, including President Ulysses S. Grant. In 1975 the town received recognition as a State and National Historic District. The community retains it's Victorian look throughout, from stately hotels along the beachfront, to the camp meeting tents errected for the annual summer camp meetings. The Great Auditorium attracts visitors from all over to it's summer concerts.

The Ocean Grove Camp Meeting Association was organized in 1869 for the purpose of providing a permanent campground\meeting place by the sea. Revival meetings, often 10 days long, were common in the decades leading up to the Civil War; after the war, many Methodist leaders sought to establish permanent places for annual summer revivals. The Great Auditorium was built in 1894 and seats 6,000 people. It is a steel-framed building covered with wooden clapboards, and features many sliding doors and hinged windows. There is a large stage rather than an altar and a gallery that almost completely encircles the interior.
Links: www.ocean-grove.com
1,169 views