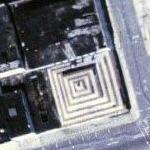 Palace Amusements opened in 1888 as a classic Victorian pavillion. Its main attraction was a carousel, with hand-carved wooden horses, giraffes, camels, goats and deer. As the popularity of Asbury Park grew, the original building was expanded to accomodate the over 600,000 people who visited each summer. In 1895, the building was expanded to include a unique steam powered Ferris Wheel. Riders embarked inside the building, and were transported outside where a short set of stairs led to a platform where they could enjoy a view of the Atlantic Ocean. The platform was removed once the Ferris Wheel began running on electric power in the 1920s, but the Ferris Wheel remained in operation until 1988. At that time it was the oldest continually operating Ferris Wheel in the world.

The Palace was expanded again in 1903, when a two story addition was constructed next to the Ferris Wheel. The ground floor housed a hall of mirrors called The Crystal Maze. The second story was a home for the Schnitzler family, who owned the Palace. It included a parlor, living room, dining room, library, kitchen and bathroom. Though a substantial portion of the first floor ceiling has collapsed, the Schnitzler residence remains partially intact.

The Palace was expanded a final time in 1956, when the bumper cars and funhouse areas were added. It was at this time that the colorful paintings and neon lighted Tillie (named in honor of George Cornelius Tilyou, the founder of Coney Island's Steeplechase Park) first appeared here.

There were over twenty rides housed inside the Palace, including the orginal carousel and Ferris Wheel. There were modern rides such as high-speed bobsleds, the Twister and dark rides, and of course, there were Jersey shore arcade staples like Skee-Ball, electronic poker and video games.

Palace Amusements closed November 27, 1988. In the years since, no effort has been made to maintain this historic site. A substantial portion of the roof is missing, allowing water in to damage the structures inside. There is a visible crack in the exterior wall of the bumper car area (above left). Neon tubing that once lit up Tillie's face dangles from the Palace's faded walls. A perimeter fence protects passersby from the possibility of falling debris.

Today, there are only seven currently operating amusements in the U.S. older tha
Links: www.side-o-lamb.com
1,777 views