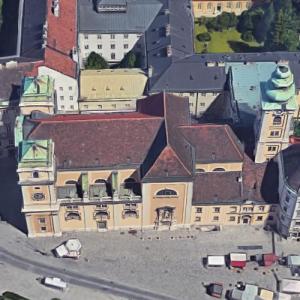 By adrbr @ 2008-02-20 10:39:44
@ 48.211999, 16.364948
Vienna, Austria (AT)
The Schottenkirche is a parish church in Vienna attached to the Schottenstift, founded by Iro-Scottish Benedictine monks in the 12th century. In 1418, the Duke Albert V of Austria transferred it to the German-speaking Benedictine monks from the Melk Abbey during the Melker Reform initiated after the Council of Constance . The church has been elevated to the rank of Basilica Minor in 1958.

The Schottenkirche is located in the Freyung in the first district of Vienna's Innere Stadt.
Links: en.wikipedia.org
758 views