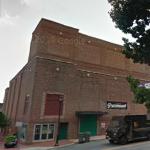 By kkeps @ 2011-02-13 15:05:07
@ 38.031144, -78.4796
Charlottesville, Virginia (VA), US
The Paramount Theater in Charlottesville, Virginia, United States was designed by Rapp and Rapp and opened in 1931 as a movie theater. The Paramount continued showing movies until it closed in 1974. In 1990 a group of community members purchased the theater, formed a nonprofit corporation and began raising funds for its restoration and expansion. In late 2004 the Paramount re-opened after an $18 million renovation. It is operated by a non-profit organization and is a performing arts venue for the community.
Links: en.wikipedia.org
619 views