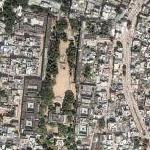 By muzi @ 2007-03-09 11:50:51
@ 17.365487, 78.482857
Hyderabad, India (IN)
Purani Haveli the original Qutub Shahi Palace of renowned Qutub Shahi Prime Minister Mir Momin Astarabadi was constructed around 1600 A.D. It was purchased by Mir Nizam Ali Khan, Nizam II, who constructed a residential building for his son Sikandar Jah, Nizam II in the 1790’s, Sikander Jah added quite a few structures, then during the reign of the 6th Nizam Mir Mahboob Ali Khan that the palace regained its glory. He is credited with adding vastly to the existing structures including the classical European buildings and the renowned largest wooden wardrobe in the world.
Links: www.hyderabad-india.net
1,429 views