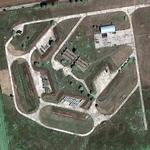 By adrbr @ 2011-01-03 15:43:29
@ 48.436862, 34.637179
Dnipropetrovsk, Ukraine (UA)
The Air Defence Forces formerly the Air Defense Troops of the Nation (Russian: Войска ПВО, Voyska ProtivoVozdushnoy Oborony, Voyska PVO and formerly ProvitoVozdushnaya Oborona Strany, PVO Strany) was the air defense branch of the Soviet Armed Forces. It continued being a service branch of the Armed Forces of the Russian Federation from 1991 to 1998. Unlike Western air defense forces, PVO National Air Defence Troops was a branch of the military unto itself, separate from the Soviet Air Force (VVS). During the Soviet period it was generally ranked third in importance of the Soviet services, behind the Strategic Rocket Forces and the Ground Forces.
Links: en.wikipedia.org
444 views