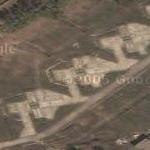 By kjfitz @ 2005-07-12 11:58:43
@ 55.877967, 37.891921
Kaliningrad, Russian Federation (RU)
The anti-ballistic missile system around Moscow includes 100 underground interceptors designed to carry one nuclear warhead each. The system, known as A-135, consists of two layers of interceptors: an outer ring of four launch complexes armed with 32 Gorgon interceptors, each carrying a 1-megaton warhead; and an inner ring of four launch complexes armed with 68 Gazelle interceptors, each carrying a 10-kiloton warhead. There were rumors in 1998 that the nuclear warheads had been replaced with conventional warheads, but this seems unlikely given the technical difficulties and costs involved in developing an effective non-nuclear ABM system. In addition to the ABM interceptors, a considerable number of mobile SA-10 Grumble surface-to-air missiles may also have nuclear capability against some types of ballistic missiles.
Links: www.globalsecurity.org
1,907 views