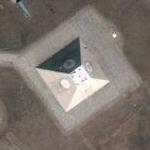 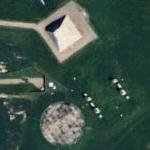 The Safeguard Program was a United States Army anti-ballistic missile system developed in the late 1960s. Several sites were planned in the United States, but only one was completed. Until the Ground-Based Midcourse Defense system was deployed, the Stanley R. Mickelsen Safeguard complex in Nekoma, North Dakota, with the separate long-range detection radar located further north near the town of Cavalier, North Dakota, was the only operational anti-ballistic missile system ever deployed by the United States. It defended Minuteman ICBM silos near Grand Forks AFB, North Dakota.

It had reinforced underground launchers for thirty Spartan and sixteen Sprint nuclear tipped missiles (an additional fifty or so Sprint missiles were deployed at four remote launch sites). The complex was deactivated in 1976 after being operational for less than four months.
Links: en.wikipedia.org, www.artificialowl.net
5,034 views