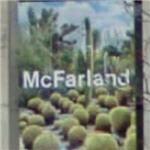 This exhibition examines these concerns within another dominant theme in McFarland’s work; human relations with the natural world, as seen in his Gardens (2001-2006), Hampstead (2005 continuing) and Empire (2003 continuing) series. Subject matter includes gardens, landscape views, and animals found in particular sites such as zoos, farms and stables. McFarland’s approach is both descriptive and metaphoric. In addition to carefully crafting his scene, his choice and handling of subject matter incorporates elements of photographic processes and the history of art and photography.

The exhibition is organized by the Canadian Museum of Contemporary Photography in conjunction with the BC Scene programming presented by the National Arts Centre from 21 April to 3 May 2009.
Links: cmcp.gallery.ca
657 views