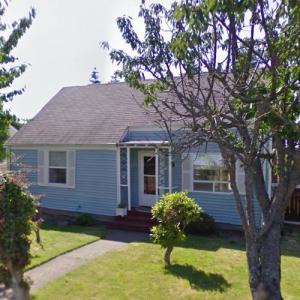 Bundy after more than a decade of denials, before his execution in 1989 he confessed to 30 homicides that he committed in seven states between 1974 and 1978. The true number of victims is unknown and possibly higher. Bundy was well known for being handsome and charismatic, traits that he exploited to win the trust of victims and society. In 1975, Bundy was jailed for the first time when he was incarcerated in Utah for aggravated kidnapping and attempted criminal assault. He then became a suspect in a progressively longer list of unsolved homicides in several states. Facing murder charges in Colorado, he engineered two dramatic escapes and committed further assaults in Florida, including three murders, before his ultimate recapture in 1978. For the Florida homicides, he received three death sentences in two separate trials. Bundy was executed in the electric chair at Florida State Prison in Raiford, Florida on January 24, 1989.

The night before his execution, Bundy confessed to 30 homicides, but the true total remains unknown. Published estimates have run as high as 100 or more, and Bundy occasionally made cryptic comments to encourage that speculation. On the evening before his execution, Bundy reviewed his victim tally with Bill Hagmaier on a state-by-state basis for a total of 30 homicides. How many exactly he killed still remains unknown.

Bundy was eventually classified as a power/control serial killer. Ultimately, Bundy’s primary motivation was a need to satisfy a deep obsession to dominate and possess his victims. Bundy enjoyed the pain he inflicted on his victim and found it gratifying. Bundy was a psychopathic killer who lacked interpersonal empathy and was unable to feel pity or remorse. He did not value human life or care about the consequences of his crimes. He was callous, indifferent, and extremely brutal.
Links: en.wikipedia.org
43,550 views