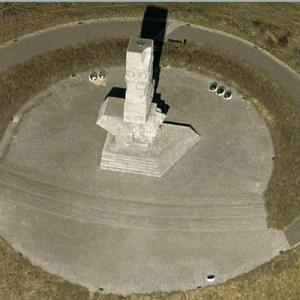 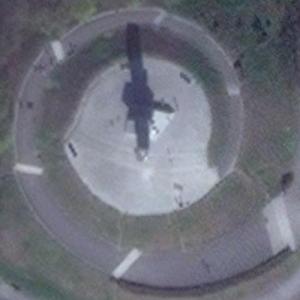 At the end of August 1939 the German battleship Schleswig-Holstein came to Danzig (Gdańsk) under the pretext of a courtesy visit and anchored in the channel, near Westerplatte. On 1 September 1939, at 0445 local time, as Germany began its invasion of Poland, the pre-Dreadnought battleship Schleswig-Holstein started to shell the Polish garrison with its 280mm and 150mm main guns. This was followed by an attack by German naval infantry (marines) who were hoping for an easy victory, but were repelled with Polish small arms and machinegun fire. Another two assaults that day were repelled as well, and the Germans suffered losses. The only Polish 75mm gun was destroyed after firing 28 shells at German positions across the channel. Over the coming days, the Germans repeatedly bombarded Westerplatte with ship and field heavy artillery along with dive-bombing raids by Junkers Ju 87 Stukas. Repeated attacks by German marines, SS Heimwehr Danzig (Danzig homeland protection) and combat engineers were all repelled by the Poles. Finally, the Westerplatte garrison surrendered on 7 September, who were now exhausted with many severely wounded as well as being short of food, water, ammunition and medical supplies.

The exact number of German losses remains unknown or undisclosed; it is estimated that around 300 (out of roughly 2600) German soldiers were killed and many more wounded. Polish casaulties were much lower - 14 killed and 53 wounded out of 205 soldiers defending the post. An additional victim, Sergeant Kazimierz Rasiński, the radio-telephone operator, was shot after the capitulation for refusal to give in the radio codes to the Germans.

The ruins of the island's barracks and blockhouses are still there. One of the barracks has been converted into a museum - two shells from the Schleswig-Holstein prop up its entrance.
Links: en.wikipedia.org
2,153 views