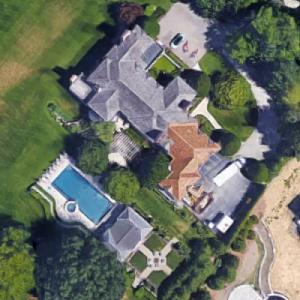 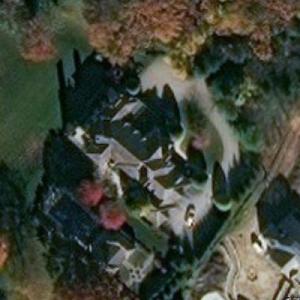 Bing Maps
By neotrix @ 2009-01-20 00:36:08
Arguably one of the greatest professional hockey players of all time, Canadian born Steve Yzerman, lives in this sprawling mansion in Michigan. Likely to be the former centers permanent home as Yzerman was recently hired by The Detroit Red Wings as their executive vice president and general manager.

Yzerman played his entire National Hockey League for the Detroit Red Wings, leading the team to five first place regular season finishes, and winning three Stanley Cups, two of which were back to back. Having played over 23 seasons, when he retired in 2006 he was the seventh all time scorer, and has since earned a place in the Hockey Hall of Fame. Well decorated, Yzerman has also earned the Lester B. Pearson Award, the Selke Trophy, and was a ten time NHL all star. After retiring Yzerman went on to become a general manager for the Tampa Bay Lighting before returning home to Detroit as GM in 2019.

Fans rejoiced at the news of Yzerman’s return. A fan favorite, Yzerman hopes to return Hockeytown to their former eminence. Known for his distinct leadership, the franchise is eager to welcome him back for the next season.

Yzerman is married to Lisa Brennan, and together they have three children. The couple have been married since 1989.

This 7,964 square foot property is valued at an estimated $3.32 Million. Equipped with five bedrooms, and six bathrooms, and even a pool, this home is perfect for Yzerman and his family. Despite property values rising consistently, Yzerman has held onto the property even through his management stint in Tampa, perhaps indicating that The Captain always intended to come home. Regardless residents near Hockeytown are likely to see Stevie Y more often as he steps into his General Manager role with the Red Wings.

Yzerman, a Hockey Hall of Famer, Olympic Gold Medal winner, and three time Stanley Cup Winner, has earned a net worth of over $40 Million. No surprise considering that when he played he was one of the best played players in the league. They also own another home in Florida, likely a nice get away from the Michigan winters.
Links: en.wikipedia.org
47,679 views