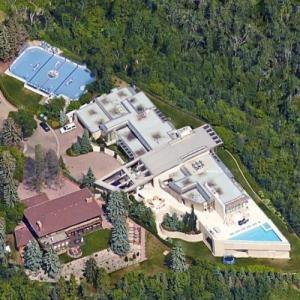 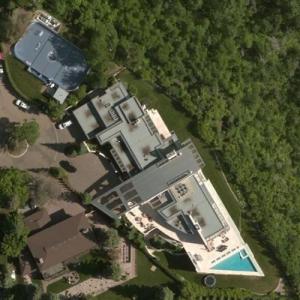 By neotrix @ 2008-12-09 11:53:03
@ 53.52226263, -113.55534663
Edmonton, Canada (CA)
The chairman and chief executive officer of The Katz Group, Daryl Katz, one of North America's leading drug store operators, lives here. Canadian billionaire businessman and philanthropist. Katz is founder and chairman of the Katz Group of Companies, one of Canada's largest privately owned enterprises, with pharmacy, sports & entertainment, and real estate development businesses. The Katz Group owns the Edmonton Oilers, and is leading the development of Rogers Place arena and the Ice District. Katz is a former lawyer, and resides in Edmonton in this beautiful home.

AKatz grew up in Edmonton and attended the University of Alberta. He bought the Rexall pharmacy chain in the 1990s and built it into a multi-billion business. In 2008, he bought the Oilers hockey team and helped build the arena in Edmonton. Rogers Place opened in 2016, in a part of downtown called the Ice District, where the Katz Group built office towers and a hotel. In 2012, the Katz Group sold 850 pharmacies that operated under the IDA, Guardian Drugs and The Medicine Shoppe names. The $3-billion deal would allow him to concentrate on his other businesses in real estate, sports and entertainment, and private and public investments. In 2016, Katz got into the movie business in a partnership with Hollywood producer Joel Silver.

Katz has a net worth of $3.5 billion. Daryl Katz earned his net worth as chairman and chief executive officer of The Katz Group. He owns the nation's only mail order pharmacy business, Meditrust Pharmacy Inc., and owner of the Edmonton Oilers. Born in Edmonton, Alberta, Canada on May 31, 1961. This fortune makes him one of the richest people in Canada. He is currently the owner of four sports franchises.

This Edmonton mansion is estimated at 25,000 square feet.

Though not the property featured on this listing, Katz recently bought the most expensive home in LA history for $120 Million. That $120 million figure includes the home for $85 million, plus an additional $35 million for the contents, furniture and furnishings.