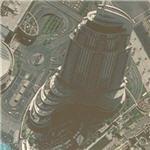 By kjfitz @ 2011-05-30 15:26:11
@ 25.193952, 55.279083
Dubai, United Arab Emirates (AE)
The Address Downtown Dubai, formerly The Address Downtown Burj Dubai, is a supertall skyscraper rising 306 meters (1,004 feet) alongside the Dubai Mall, the Old Town, and the Lake Dubai in Dubai, United Arab Emirates. It is now the 11th tallest building of Dubai. This hotel and residential tower contains a total of 63 floors. The tower is another supertall structure in the massive development named Downtown Dubai, which includes the centerpiece supertall building, the Burj Khalifa. The tower was topped out in April 2008, becoming the 6th-tallest building in Dubai and the 36th-tallest in the world. In September 2008, the tower was completed.
Links: en.wikipedia.org
994 views