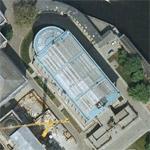 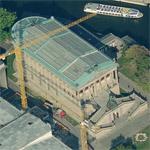 By neotrix @ 2007-08-15 15:31:11
@ 52.520977, 13.398133
Berlin, Germany (DE)
The Alte Nationalgalerie (Old National Gallery) houses 19th century sculptures and paintings. In December 2001, it was the first building on the Museum Island to re-open after restoration. Together with Altes Museum, the Bode Museum, Neues Museum and the Pergamon Museum, it belongs to the ensemble of Berlin's Museum Island which was listed as UNESCO World Cultural Heritage in 1999 and ranks among the most splendid highlights of the Berlin museum landscape
Links: www.smb.museum
642 views