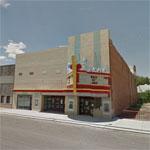 In 1991, a group of residents presented the city council with a plan to operate the theater themselves if the city would purchase the Grand Theatre, which it did, from the United Artists chain. In addition to movies, the Grand Theatre occasionally presents live entertainment.
Links: www.rfgrand.dockratent.com
335 views