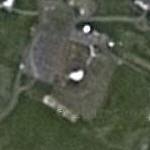 By kjfitz @ 2010-04-26 09:19:26
@ 45.520872, 141.937051
Wakkanai, Japan (JP)
Korean Air Lines Flight 007 (KAL 007) was a Korean Air Lines civilian airliner that was shot down by Soviet jet interceptors on September 1, 1983, over the Sea of Japan, near Moneron Island just west of Sakhalin island over prohibited Soviet airspace. All 269 passengers and crew aboard were killed, including Lawrence McDonald, a sitting member of the United States Congress. The aircraft was en route from New York City via Anchorage to Seoul when it strayed into prohibited Soviet airspace because of a navigational error.
Links: en.wikipedia.org
847 views