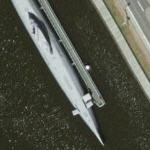 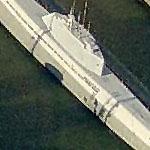 In 1957, after more than 10 years on the floor of the Baltic sea near Flensburg, it was raised, overhauled at Howaldtswerke, Kiel, and commissioned as a research vessel in the Bundesmarine. It is at this time that it was named after Wilhelm Bauer, the designer of the first German U-boat Brandtaucher built in Kiel by August Howaldt in 1850.

It served in the Bundesmarine until 1980. In 1983 it was restored to its original World War II configuration and became a museum ship as part of the German Maritime Museum in Bremerhaven, Germany.
Links: en.wikipedia.org
2,153 views