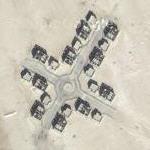 Urban combat is very different from combat in the open at both the operational and tactical level. Complicating factors in urban warfare include the presence of civilians and buildings of all sorts. Some civilians may be difficult to distinguish from combatants such as armed militias and gangs, particularly if individuals are simply trying to protect their homes from the attackers. Tactics are complicated by a three-dimensional environment, limited fields of view and fire because of buildings, enhanced concealment and cover for defenders, below ground infrastructure, and the ease of placement of booby traps and snipers.

The United States military term for urban warfare is UO an abbreviation for Urban Operations (MOUT, an abbreviation for Military Operations in Urban Terrain has been replaced by UO although the term MOUT Site is still in use). The British military term is OBUA (Operations in Built-Up Areas) or FIBUA (Fighting in Built-Up Areas) or sometimes FISH (Fighting In Someone's House) . The term FOFO (Fighting in Fortified Objectives) refers to clearing enemy personnel from narrow and entrenched places like bunkers, trenches and strongholds; the dismantling of mines and wires; and the securing of footholds in enemy areas.
Links: en.wikipedia.org
752 views