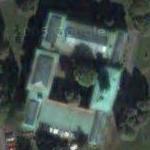 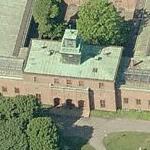 The Vigeland Museum is the result of a unique contract between Gustav Vigeland and the city of Oslo (at the time Kristiania) in 1921: The city took over the ownership of the originals of all previous and future works of art, and in return the city agreed to build him a studio and a residence, that later would serve as a museum. The studio/future museum was built in the early1920's, executing architect was Lorentz Ree. The building is one of the finest examples of Norwegian Neo-Classicism. Vigeland moved into the new building in 1924, living in apartments on the top floor of the east wing. Here he resided and worked until his death in 1943. From the tower in this majestic red brick building he had a beautiful view towards the fields of Frogner, where his great project, the park, soon was to be reality. The museum opened in 1947 and houses almost his entire production, sculptures in plaster, granite, bronze, marble, works in wrought iron, thousands of drawings, woodcuts and woodcarvings. In the museum you will find the original plasters to his famous busts and statues of Norwegian writers and scholars and also the models of the Vigeland Park's bronze and granite sculptures. Through the many rooms of the museum (almost an acre in extent) you can trace Vigeland's development from the expressive and slim figure style of the 1890's to the more classical balanced style of his in later years.
Links: www.museumsnett.no
986 views