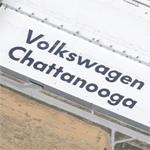 This became the first automotive plant in the world to receive Leadership in Energy and Environmental Design (LEED) platinum certification, the highest level given by the organization.

In addition to producing cars for the United States, this plant also exports to Mexico, Canada, South Korea, and the Middle East.
Links: en.wikipedia.org
703 views