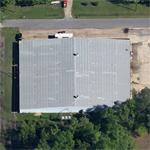 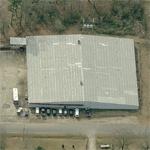 Duck Commander is a sporting empire that produces a top line of duck calls and other outdoor goods, like decoys made from salvaged swamp wood. The company was started by Phil Robertson in 1973 when he received a patent for his champion duck call. The company is now run by his son Willie as well as his three other sons, Alan, Jase and Jeptha. The Robertson family is known as Louisiana’s camouflage millionaires due to them embracing their Louisiana roots while being successful businessmen. Duck Dynasty is A&E’s most watched program with 11.8 Million people tuning into the August 2013 premiere episode. The short-lived “Duck Commander Musical” played at the Crown Theatre in the Rio All-Suite Las Vegas Hotel and Casino in 2015.

The Duck Commander products, originally sold out of their home, are now sold out of this warehouse and at retailers around the world. The building, made of part brick and part cider block, can be found on a dry, dead-end country road. The warehouse is still currently used for the production of the duck calls which are made by family and friends. The warehouse now houses a gift shop after crowds started showing up for autographs.
Links: en.wikipedia.org, duckcommander.com, www.foxnews.com
92,539 views