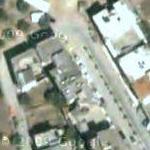 By kkeps @ 2010-01-15 20:01:23
@ 37.079935, 22.430134
Sparti, Greece (GR)
The Sparta earthquake of 464 BC destroyed much of Sparta, a city-state of ancient Greece. Historical sources suggest that the death toll may have been as high as 20,000, although modern scholars suggest that this figure is likely an exaggeration. The earthquake sparked a revolt of the helots, the slave class of Spartan society. Events surrounding this revolt led to an increase in tension between Sparta and their rival Athens and the cancellation of a treaty between them. After the troops of a relief expedition dispatched by conservative Athenians were sent back with cold thanks, Athenian democracy itself fell into the hands of reformers and moved toward a more populist and anti-Spartan policy. Therefore this earthquake is cited by historical sources as one of the key events that led up to the First Peloponnesian War.
Links: en.wikipedia.org
537 views