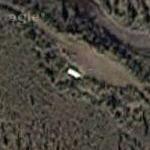 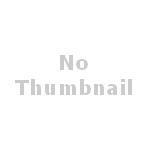 Christopher J. McCandless (February 12, 1968 – August 1992) was an American wanderer who died near Denali National Park after hiking alone into the Alaskan wilderness with little food or equipment. Author Jon Krakauer wrote a book about his life, Into the Wild, in 1996, which was adapted into a 2007 film directed by Sean Penn, Into the Wild, with Emile Hirsch as McCandless.

After hiking the Stampede Trail McCandless found an abandoned bus parked on an overgrown section of the trail near Denali National Park and began his attempt to live off the land. He had carried to the bus a 10 pound bag of rice, a .22 rifle, plenty of ammunition, a book of local plant life, several other books, and some camping equipment.

His body was found in his sleeping bag inside the bus. He had been dead for more than two weeks. His official cause of death was starvation.
Links: en.wikipedia.org
144,185 views

qstone
@ 2012-06-16 08:08:23
Great job! How on earth did you find this location? It's crazy to think what drives some people to go out and live way out in the middle of nowhere with little supplies and little knowledge about their surroundings.