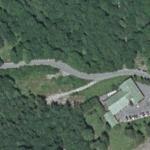 By Hinkkanen @ 2006-04-25 11:47:48
@ 47.633615, 13.043277
Obersalzberg, Germany (DE)
The Berghof was Adolf Hitler's home in the Obersalzberg of the Bavarian Alps near Berchtesgaden, Germany. The Berghof was developed in stages from a much smaller house, named "Haus Wachenfeld". "Haus Wachenfeld" was a vacation home built by a businessman from Buxtehude, Otto Winter. Winter's widow originally rented the house to Hitler for 100 reichsmarks in 1928. In 1933 Hitler was eventually able to purchase the house with funds he received through the sale of his political book Mein Kampf. The site is breathtakingly scenic. The valley below appears by illusion to be a lake almost at one's feet. It was located lower down the same mountain as the Kehlsteinhaus, or Eagle's Nest, which Hitler rarely visited due to his fear of heights. A large complex of mountain homes for the Nazi leadership (along with many buildings for their security and support staff) was constructed nearby. On April 30, 1952 (the anniversary of Hitler's death) the Bavarian government blew up the ruins of the Berghof and the site is now overgrown with evergreen trees. The building in the map is Hotel Zum Türken which borders the complex of ruins. More pictures and information here.
Links: en.wikipedia.org
35,141 views