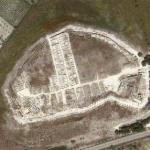 An estimated 60,000–70,000 Romans were killed or captured at Cannae (including the consul Lucius Aemilius Paullus and eighty Roman senators). In terms of the number of lives lost in a single day, Cannae is estimated to be within the thirty costliest battles in all of recorded human history
Links: en.wikipedia.org
9,025 views