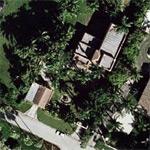 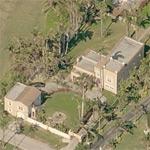 By neotrix @ 2007-11-12 15:16:30
@ 25.77943541, -80.15987021
Miami, Florida (FL), US
The infamous Al Capone, maybe better known by his nickname "Scarface", once lived here. This Miami Beach home of Al Capone is back on the market for $14.9M. Capone was an American gangster before being arrested at 33 who made his cash and gained notoriety during the Prohibition era selling illegal alcohol and running guns. His seven-year crime spree ended in 1931, when he was sentenced for tax evasion. He was released after only serving 8 years, as his health declined and died in 1947 from a cardiac arrest.

The four-bedroom, three-and-a-half bathroom property includes a living room, kitchen, walk-in closets, and patios. Since Capone the estate has been owned by other noted individuals including Mino Riaola, European soccer agent. Built in 1922, Capone bought the home after his release in 1928. He spent $200,000 to install a gatehouse, seven-foot-high walls, search lights, a cabana, and coral rock grotto. The home remained in the Capone family until 1952 when Al’s wife, Mae, sold it. In 2015, the 6,103-square-foot was refurbished courtesy of MB America, an investment management company. The property sits on a roomy 30,000 square feet lot.

During the renovations the gatehouse was transformed into a two-bedroom, one-bathroom guesthouse while other renovations include a black and gold powder room, a new fireplace, and porch.The property also boasts a private beach, a pool, and a two-story cabana.

At his peak in 1929, Al Capone's net worth was about $100 million, which some estimates show as being around $1.3 Billion with inflation.

His downfall came shortly after the infamous Saint Valentine's Day Massacre which caused the citizenry to turn against public enemy number one and demand governmental action. In 1931 Capone was prosecuted and was sentenced to 11 years in federal prison, though he only served 8 of those years because of his poor health. Al Capone passed away on January 25, 1947 at the age of 47 from cardiac arrest after a stroke.
Links: hauteliving.com
23,713 views