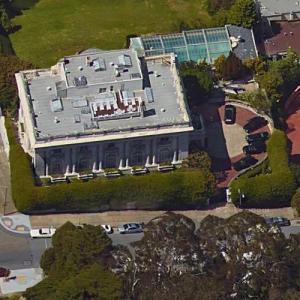 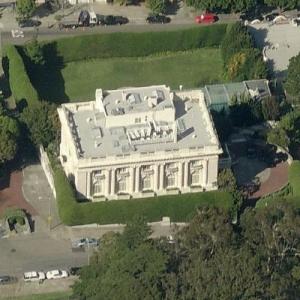 By kjfitz @ 2007-03-25 20:10:26
@ 37.7929362, -122.42758027
San Francisco, California (CA), US
Romance novelist Danielle Steele lives in the 1913 Spreckels Mansion at 2080 Washington Street which was built for the bride of sugar heir Adolph Spreckels. Alma deBretteville Spreckels, who had posed for the statue at the top of the Dewey Monument in Union Square and married Adolph Spreckels when he was twice her age — was and avid art collector. The two of them donated the Palace of the Legion of Honor art museum to the City of San Francisco in 1924. Alma was later involved with the Maryhill Museum in Washington State.

The Spreckels Mansion is made of white limestone and has 55 rooms, including a Louis XVI ballroom.
Links: citysightseeingtours.com
32,228 views