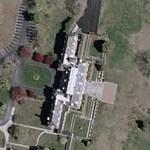 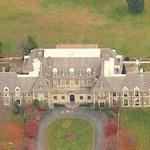 By DonMartini @ 2007-03-17 06:21:11
@ 41.68133, -71.376583
Warwick, Rhode Island (RI), US
Aldrich Mansion is situated on a majestic seventy-five acre estate on scenic Narragansett Bay. Built during the "Golden Years" of Senator Nelson W. Aldrich, a Rhode Island native born to poverty but destined for greatness. The estate once held a Teahouse, since destroyed by fire. It was here Abby Aldrich, one of the Senator’s eight children, wed John D. Rockefeller, Jr. (the sole male heir to the Standard Oil fortune and father of Nelson A. Rockefeller, former Governor of New York and later Vice President of the United States).