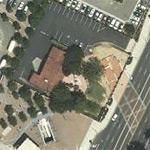 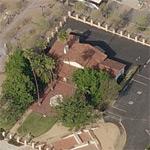 By neotrix @ 2008-09-01 00:41:51
@ 34.139899, -118.362137
Los Angeles, California (CA), US
Campo de Cahuenga, was an adobe farmhouse on the Rancho Verdugo where the Treaty of Cahuenga was signed between Lieutenant Colonel John C. Frémont and General Andrés Pico in 1847, ending hostilities in California between Mexico and the United States. The original adobe structure was demolished in 1900. The city of Los Angeles provided funds for the purchase of the property in 1923, and a replica farmhouse built by the city following an effort led by Irene T. Lindsay, then President of the San Fernando Valley Historical Society.

The building was listed in the National Register of Historic Places in 2003.
Links: en.wikipedia.org
447 views