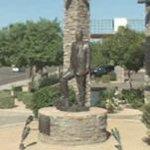 He with two others Founded the Scottsdale Light and Power Company, which brought electricity to Scottsdale in 1918.

He served on the Board of Directors of the Salt River Valley Water Users Association (now known as Salt River Project) in 1921.

In 1922 he donated 10 acres for the Scottsdale High School.

Miller Road is named in his honor.
Links: www.hmdb.org
941 views