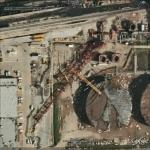 July 19, 2008
Houston — One of the nation's largest mobile cranes collapsed at a Houston oil refinery Friday, killing four workers and injuring seven others in the latest of several fatal accidents that have raised concerns about the safety of construction cranes.

The 30-story-tall crane, capable of lifting 1 million pounds, fell over at a LyondellBasell refinery in southeast Houston about 2 p.m., said Jim Roecker, the company's vice president for refining.

The casualties were in the vicinity of the crane, but officials still were not certain whether they were on the crane or under it, Roecker said.
Links: www.foxnews.com
584 views