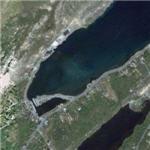 By kjfitz @ 2011-02-04 11:43:25
@ 47.547422, -53.232579
Cupids, Canada (CA)
Cuper's Cove, on the southwest shore of Conception Bay on Newfoundland's Avalon Peninsula was an early English settlement in the New World, and the second one after the Jamestown Settlement to endure for longer than a year. It was established in 1610 by John Guy on behalf of Bristol's Society of Merchant Venturers, who had been given a charter by King James I of England to establish a colony on the island of Newfoundland. Most of the settlers left in the 1620s, but apparently a few stayed on and the site was continuously inhabited.
Links: en.wikipedia.org
720 views