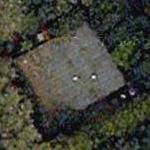 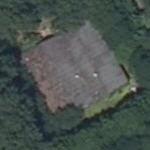 During the Cold War the NATO maintained various top-secret hardened facilities all over western Europe. In 1955 a large command bunker was constructed just outside the small town of Kloetinge in the south of the Netherlands. The facility was designed to house 72 people in case of a nuclear attack and was used as a NATO Radio Base Band Relay Station, as well as local (counter) espionage. It has been kept a secret for many years, for the reason that it is where NATO and military commanders would have administered the country in the event of a war.

The facility underwent a complete rebuild in the 1970’s as part of the ASCON early-warning system, but the localized system soon was rendered obsolete.

The staff in the bunker would have slept in one of the six dormitories. The dormitories were capable of sleeping up to 72 personnel. The staff would sleep for six hours, after which they would swap their bunks with another staff member for the next six hours. It was known as hot beds.

During the time spent underground, the personnel would never see daylight. Showering was even forbidden, as uncontaminated water was too precious a commodity to waste. The entire staff may have had to stay underground for up to 10 years[citation needed].

The facility comprises a labyrinth of tunnels and operations rooms on four levels. One level is above ground and the other levels are underground protected by up to 5 meters thick reinforced concrete outer walls. The accommodation and dining rooms, communications center, power plant, computer room, and emergency broadcasting studios are all preserved. The level on the surface acts as an entrance and decontamination area.

In 1996 NATO decommissioned the facility, all furnishings and equipment were removed.
Links: en.wikipedia.org
1,493 views