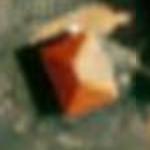 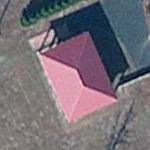 By Gill @ 2012-02-27 16:07:41
@ 34.8568819, -87.92642802
Waterloo, Alabama (AL), US
This private residence is a replica of the historic plantation home called the "Forks of Cypress." It sits on the northern bank of the Tennessee River near the historic Natchez Trace. A portion of the old Natchez Trace crosses the property on the south side between the rive and the house. The original plantation home was constructed in 1825 by James Jackson (known as the father of american horse racing). The original house burned in 1965 as a result of lightning and all that now stands are the massive columns that surrounded the home.

You submitted a photograph for a thumbnail which is not acceptable. We fixed this one, but going forward, please be sure the thumbnail you submit is captured from the map service imagery.