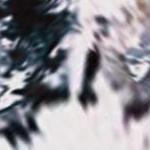 By Seatdriver @ 2006-12-12 04:29:20
@ 45.577042, 7.530613
Switzerland (CH)
Dufourspitze (in German), Pointe Dufour (in French) or Punta Dufour (in Italian), is located in the Pennine Alps, on the watershed between Italy and Switzerland. It is the highest mountain of Switzerland and the peak is the high point of the Monte Rosa massif, being surrounded by the Nordend, Silbersattel, Grenzsattel and Signalkuppe subpeaks.

The mountain is named after Guillaume-Henri Dufour—a Swiss engineer and army officer who led the Sonderbund campaign—following the completion of the Dufourkarten, a series of military topographical maps created under the command of Dufour.