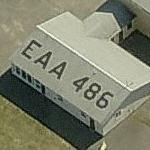 The EAA was founded in 1953 by veteran aviator Paul Poberezny along with other aviation enthusiasts. The organization began as more or less a flying club. Paul Poberenzy explains the nature of the organization's name, "Because the planes we flew were modified or built from scratch, they were required to display an EXPERIMENTAL placard where it could be seen on the door or cockpit, so it was quite natural that we call ourselves the "Experimental Aircraft Association". Homebuilding is still a large part of EAA, but the organization has grown immensely over the years to include almost every aspect of aviation and aeronautics.
Links: www.eaachapter486.com
550 views