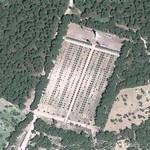 The French component of the Allied force at Gallipoli was known as the Corps Expéditionnaire d’Orient, made up of French and French colonial African troops.
Links: anzacportal.dva.gov.au
1,082 views

pirharun
@ 2011-11-23 03:30:56
I just returned home after my Anzac Day in Turkey, marking the 95th Anniversary of the Anzac Day memorial services at Gallipoli, Turkey.I would like to make a special thanks to everyone at Turkey for their efforts in putting together the tours for us .I have been to Gallipoli for an Anzac Day service before, this time my first trial in ;Turkey, Their value for money packages far exceed the quality and level of service we experienced on other tours especially the way our guide handled our bus at Anzac Cove when the New Zealand president decided www.privatetoursinistanbul.com make a private tour of the museums.The food at the barbeque was nice and fresh, but the venue is a little outdated. Me and my husband feel we are really lucky this year because we were provided an Anzac conference, a forum presented in a 5 star hotel in the centre of taksim, full of information about the history and significance of the event. The expert historians from New Zealand, Australia and Turkey were fantastic. Thank you for giving us an informative and well-rounded experience this year.