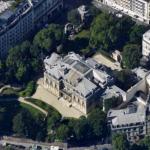 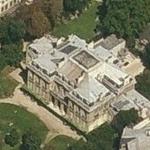 On her death in 1922, the Jewish Adèle Rothschild bequeathed the property to the French government fine arts administration rather than to her only child, Hélène de Rothschild whom she had disinherited for marrying a Roman Catholic.