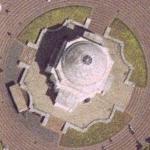 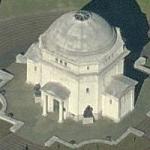 The Hall, made form Portland Stone, from Portland Bill near Weymouth, was opened by Prince Arthur of Connaught on July 4, 1925. It cost £60,000, which was raised by public subscription.

Further memorials were added after the Second World War, and for subsequent campaigns, including Korea, Vietnam and the Falklands.
Links: en.wikipedia.org
646 views