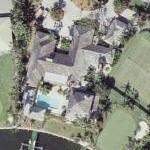 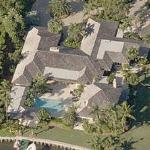 In 2020, Nicklaus and his wife listed a 5,500-square-foot custom-built home in Aldie, Virginia for $2.69 million. The Nicklauses never lived there full time and it is believed that they built it as a place to stay during the Creighton Farms Invitational, an annual golf event hosted by Nicklaus to raise money for children’s health charities.

Jack Nicklaus’ net worth is $400 million. In addition to endorsements and prize money from his golfing career, Nicklaus has earned his fortune through his company Nicklaus Design, which has designed more than 380 golf courses in 36 countries. With career earnings of $1.15 billion, he is the fourth-highest earning athlete of all time, behind Michael Jordan, Tiger Woods, and Arnold Palmer. He published the well-known golf instructional book “Golf My Way” in 1974 and regularly contributes as a writer to golf magazines.

Jack Nicklaus was born and raised in Columbus, Ohio and attended Ohio State University. He won two US Amateur titles and a NCAA Championship while at Ohio State. He turned pro in 1961 and won two of the four major PGA tournaments in 1963. He became the youngest player to win all four majors at the age of 26 and the oldest player to win the Masters at the age of 46. In total, he won 18 major championships, a record that he holds to this day.