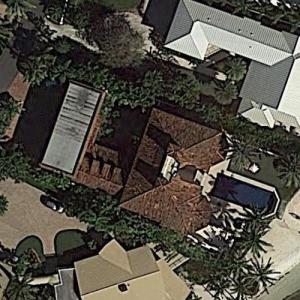 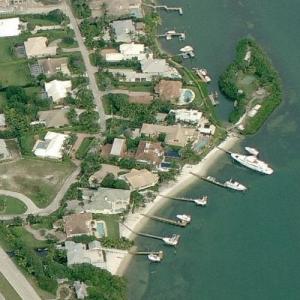 By tlp333 @ 2006-05-15 16:02:19
@ 26.990833, -80.092845
Tequesta, Florida (FL), US
Jesper Parnevik, the Swedish professional golfer lives here. He spent 38 weeks in the top 10 of the Official World Golf Ranking in 2000 and 200. Parnevik is known for his distinctive and eccentric taste in clothes and fashion as well as his playing achievements. His on-course trademark was the upturned bill on his baseball cap. While on the European Ryder Cup team, he received a customized team cap with the Ryder Cup logo on the bottom of the bill instead of the front, so that it could be seen with the bill turned up. He has since stopped wearing the flipped-bill hat, opting for straw hats and visors but retains a flamboyant sense of fashion, such as disco-style purple trousers and other golf apparel designed by Johan Lindeberg. He has been politely described as "eclectic", and has been known to change outfits at the halfway stage of a round of tournament golf. Beginning in 2006, one of his new on-course fashion statements was a necktie worn under a vest. Puma Golf signed Jesper Parnevik in 2014 and he gets credited for his influence on their LUX Golf Apparel Line. Since wearing Puma Clothes he once again wears a custom made and more modern looking flipped bill hat. Perhaps most odd is a report that reveals the golfer is known to eat volcanic dust as a dietary supplement. Parnevik's nickname is "Spaceman".

Parnevik has a net worth of $25 million. Parnevik first turned professional in 1986. He joined the Champions Tour in 2015 and has previously competed on the PGA Tour and the European Tour. Jesper Parnevik finished 2nd at the 1994 The Open Championship and tied for 2nd at the 1997 The Open Championship. He tied for 5th at the PGA Championship in 1996. Parnevik tied for 14th at the U.S. Open in 1998 and tied for 20th at the Masters Tournament in 2001. His European Tour wins include the Bell's Scottish Open in 1993, the Volvo Scandinavian Masters in 1995, the Trophy Lancôme in 1996, and the Volvo Scandinavian masters in 1998. Jesper Parnevik won the PGA Tour events Phoenix Open in 1998, Greater Greensboro Chrysler Classic in 1999, Bob Hope Chrysler Classic in 2000, GTE Byron Nelson Classic in 2000, and Honda Classic in 2001.
Links: en.wikipedia.org
56,211 views