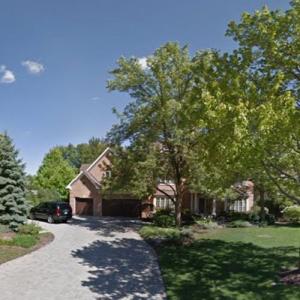 Joel Quenneville was born on September 15, 1958 in Windsor, Canada. Quenneville began his career with the National Hockey League (NHL) in 1978 when he was a second round draft pick for the Toronto Maple Leaves. He spent 13 years in the NHL as a defenseman. Quenneville netted 54 goals, 136 assists and 705 penalty minutes in his 803 career games. In addition to playing with the Toronto Maple Leaves, Joel also played for the Colorado Rockies, the New Jersey Devils, the Hartford Whalers and the Washington Capitals. After retiring from play, Quenneville went on to work as a member of the administration/coaching staffs for various NHL teams. Affectionately referred to as ‘Coach Q’, Joel has worked for 17 years as a head coach in the NHL, including 8 years with the St. Louis Blues and three years with the Colorado Avalanche. In 2008, Quenneville was selected to replace Denis Savard, the coach of the Chicago Blackhawks at that time. Since coaching the Blackhawks, Quenneville and his team have won the Stanley Cup three times; in 2010, 2013 and, most recently, in 2015. On March 23, 2015, Quenneville reached 750 wins as a coach. This makes him the third head coach in NHL history to record that many wins.

The Quenneville home is located in the Hinsdale area just outside of Chicago. Hinsdale is in the top 1% of wealthiest towns in Illinois. Joel lives there with his wife Elizabeth and their three children, Dylan, Lily and Anna. Quenneville became a US citizen in 2011 and currently maintains dual citizenship with Canada. After winning the Stanley Cup each time, the Quenneville house gets toilet papered by fans.

It is rumored that Joel Quenneville is making 2.75 Million a year with the Blackhawks and his contract currently runs through the 2016-2017 season. It is said that his net worth is close to 15 Million.
Links: en.wikipedia.org, www.otherleague.com, en.wikipedia.org, www.nhl.com
28,351 views