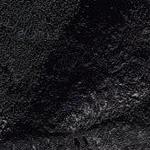 The flying boat crashed en route from Harstad to Bodø, the two stopovers between its origin Tromsø and destination Oslo. All thirty-five people on board (twenty-eight passengers and a crew of seven) perished, making the crash the deadliest in Norwegian aviation at that time.
Links: en.wikipedia.org
351 views