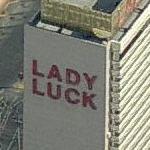 Owned by Lady Luck Gaming Corporation which was acquired by Isle of Capri in 1999 for $59 million.

May 16, 2005 plans were announced for a major renovation and expansion of the property to begin early in 2006.

The hotel and casino, but not the timeshares, closed on February 11, 2006 at midnight for remodeling, the property is expected to be closed for nine to twelve months.

The casino portion of the building was demolished on May 24, 2006.
Links: en.wikipedia.org
900 views