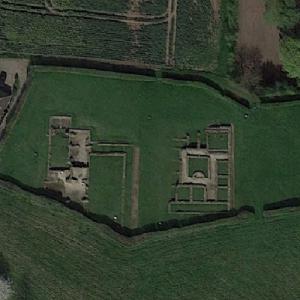 The remains that at visible today are of a Roman bath house and mansio. The settlement developed with successive bath houses and mansions built to serve the official travellers as well as the growing civilian population. The structures were built sometime in 130 CE once the location ceased military functions and instead became a civilian settlement.
Links: en.wikipedia.org
238 views